Home » Blog » Is Your Business Model in Danger?

Is Your Business Model in Danger?

If a company is not meeting its growth potential, is growing slower than the competition, or worse, not growing, it is likely that it has a strategy problem.

Too often companies misdiagnose their strategy challenges as problems with sales staff or some other operational issue.  It is critical to know what the real issue is. Strategy issues are serious,  and the longer it takes to recognize them, the more money you burn on taking the wrong initiatives.

A great example is Blockbuster. For a long time, every company in the movie rental industry was trying to catch up with Blockbuster. Suddenly, though, their profits began to stagnate. They spent years making various changes inside their stores and small moves to play in the online space without realizing that the industry was moving in a different direction. Instead of using their financial strength and size to make a strong move in the online space, they allowed an upstart, Netflix, to take the lead position. Eventually Netflix and others transformed and restructured the industry, and now Blockbuster is in bankruptcy. By not having a good strategy.

This article was inspired by a company that came to Activate recently because they wanted help with their sales force. The president was concerned that the old sales force structure was not working well. He wanted us to evaluate his sales structure and people. He thought he might need a different type of salesperson and did not know whether they should be contemplating an inside or outside person.  However, as I spoke with him further it was clear that the company failed to have a strategic plan.  Their strategy was “to grow faster”.  That was it.  The president could not explain to me in a compelling way why a prospect should buy from his company versus another. If he could not verbalize why his company was a better choice, how could his sales force do it?

Based on our discussion, his core customers were middlemen in an industry and either were going out of business or consolidating. Pricing for his product had been steadily dropping for several years.  Customers had been moderating the use of his product during the recession or forgoing it altogether. The structure of his industry had been changing dramatically, and his primary competitors now had a much broader range of products to offer. These new products were higher-ticket items and more of a necessity than what his company had to offer. Clearly his company’s business model is in danger, yet this company was failing to recognize it.

I recently read an article in the January-February 2011 edition of Harvard Business Review – “An Interview with Columbia Business School professor Rita Gunther McGrath,” by Sarah Cliffe.  One of the key questions asked in the article was, “What are the signs that a business model is running out of gas?” The following were the key  signs:

Often companies ignore or dismiss these issues.  It is easy to do since so many in their industry are facing similar problems. The smart competitors and upstarts like Netflix identify what is next for their industry and figure out how to make the next move to tip the scales in their favor. Companies are most vulnerable when they are on top or when their profit levels are considered acceptable. Leaders get complacent, arrogant and blinded by success. Reasons for change are not compelling enough, as there is no burning platform from which to get people to see outside the current paradigm.

Even when a company acknowledges a need to change, it is difficult to decide how to go about it. The challenge becomes at what pace do you make the shift in your business model. How long should you stay in your old business model to fund the new one? There is no precise answer. In addition, the new model may be radical and could require significant investment in time, new people, knowledge, and money. The existing management is likely not the team for the new journey.

Howard Shore is a business growth expert who works with companies that want to maximize their growth potential by improving strategy, enhancing their knowledge, and improving motivation. To learn more about him or his firm, please contact Howard Shore at 305.722.7213 or shoreh@activategroupinc.com . 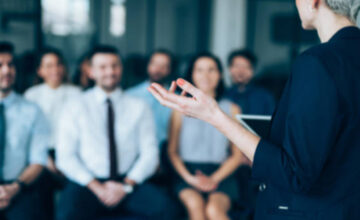 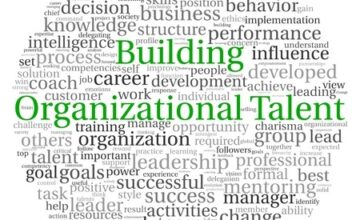