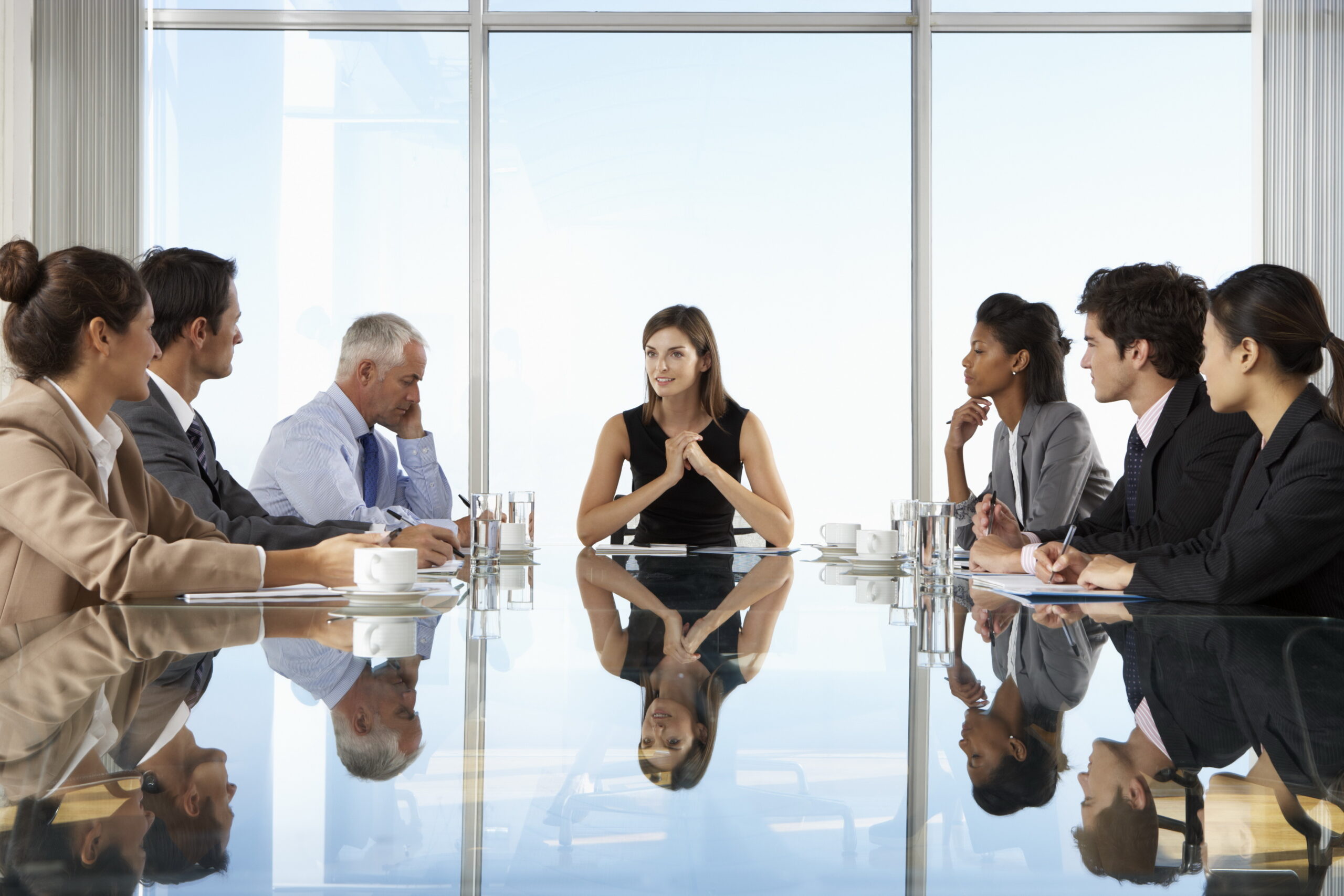 A client asked me to observe his weekly leadership team meeting and it was one of the worst meetings I had attended in a long time. Every leader in the room should have been upset because they essentially wasted 90 minutes. More concerning was the fact that leadership rated it a great meeting.

Might you and your leaders unconsciously fall into the same traps as my client? After all, the agenda and process for the meeting is common practice and is prescribed by EOS (Entrepreneurial Operating System) Implementers all around the world. The problem was not the process or EOS, it was the way it was being implemented. Let’s dissect what happened and then discuss what should happen in every weekly meeting.

The overriding problem was form over substance. The team followed a proven process and yielded the wrong outcomes. The meeting involved a standard agenda, covered the topics, engaged everyone, started on time, and finished on time. From a theoretical standpoint it appeared to be a well-run meeting. And my client rated it so!

Here are the primary reasons I would rate the meeting horrible:
1. Clarity of Purpose
2. Undervaluing time
3. Little (if any) conflict
4. Lack of accountability
5. Failed to address serious problems

Are your meetings more focused on purpose or process? Purpose focuses on intended outcomes and process focuses agendas, start and end time, checking the boxes, and having the meeting in the first place. The problem with process is that you can follow it flawlessly and not accomplish your purpose. The challenge with standard operating procedures is the presumption that conditions don’t change. When it comes to leadership meetings, we are always operating in turbulent conditions, so we need to have flexible standard operating procedures that adjust the process to accomplish our purpose.

The purpose of the weekly leadership meeting is to:
• Share key information across the team
• Break silos
• Keep focus on the top priorities
• Hold people accountable when they are off track
• Solve big issue(s) together

Agendas are typically designed to identify the key information that needs to be shared. Personal update, business update, customer feedback, employee feedback, priority status, to-do status, metrics update, and key company and department challenges. After providing this information the team identifies topics, prioritize, and discuss key topics, and agree on solutions. This is precisely what my client did. So, you are probably thinking, this sounds like they should have had a great meeting. What’s the problem?

Information was shared and after 45 minutes none of the key issues in the company were raised. Yes, they identified issues, but it was all small issues. This company had major issues and none of them were brought to the table. When issues were addressed, half the room would check out when it was not their issue. Leaders had opinions and observations that should be raised, and they did not. Worse, most of the issues discussed was a quick conversation between two people that should have happened and could have been resolved before the meeting. These people are all in the same building, are steps away from each other and clearly have not been talking.

Had this meeting addressed its purpose, the leadership team would have spent a lot of time discussing their number 1 issue, people. Certain vacant positions were causing the company to miss opportunities. Keeping the wrong people was costing them money. And, there was no confidence in how this would be resolved. Every leader has a hand in this obstacle and failure to address was costing this company over $1 Million in profit. This discussion should happen every week until results prove that the plan is in place that is showing the progress necessary to capture the $1 Million.

Key Observation: Focus on making major improvement to your business every week. Leadership meetings should limit the small stuff.

If your week is like most leaders, time is always an issue. Time is finite and if we don’t use it wisely the company and performance suffers. When we have meetings, we are investing time just like we would money. When you allow for a bad meeting, one that fails to speed up taking advantage of big opportunities and eliminating your bottlenecks, it is costing you dearly. In the case of the people issue (identified above), it is costing the company $20K in profit each week.

Have you ever wondered why time is being squandered? I have given this significant thought and find two reasons to be the main culprit. First, we tend to avoid the elephants in the room. The elephants are the big problems. To resolve them is difficult, it can take considerable thought, requires conflict, and takes significant steps and time to address. As a result, we go after the small stuff. Second, it feels good to check items off the task list. As problem solvers by nature, we feel good when we solve a volume of problems. However, most of the problems would go away or be different if you addressed the elephants.

In the client example, it was considered important to finish and end on time. Because this occurred, the meeting was rated well. Based on the content and discussion, this meeting should have been completed in 60, not 90 minutes. Most weekly meetings, when focused, can be completed in 30 minutes. In my client’s case, the extra time was caused by taking 45 minutes for ideation and updates. Not only did they spend time focusing on minor issues, but they also spent too much doing it. I plan 60-minute meetings with a 30-minute buffer. While I expect to get done in 60 minutes, there are times when the issue is big and important. It is crucial that you finished discussing and prescribing a solution before leaving the meeting. Failure to do so adds a week delay in addressing important issues. In addition, it causes more time to solve the same problem because you lose momentum in the discussion.

Key Observation – Get better at increasing the value from holding meetings and have the discipline to get done in shorter periods of time. Reward the team with unscheduled time when this happens, and they will go back and get more ROI from their time. A key measure of a successful meeting is identifying and measuring the value of the decisions and actions from the meeting.

I have participated in thousands of meetings. The difference between great and ordinary leadership team meetings is how leaders engage in meetings. In great meetings, everyone in the room is playing to win and there are no sacred cows. Everyone demands excellence, want to contribute value, and cannot stand for bulls#@t. If you get through a meeting and there is little conflict, your meeting suffered one of the following:

1. You are discussing insignificant items.
2. There is a lack of trust

Healthy conflict needs to be mandatory. If you are discussing a difficult issue, there should be varying opinions as to the definition of the issue, multiple ways to solve the problem, and rarely consensus on actions to take. It takes vigorous debate, challenging each other’s assumptions, questions about sources of information, and so on. While I am certain there are moments where this happens in your meetings, how often? What percentage of your meeting involves conflict?

In my experience, a lack of conflict occurs because of the highest-ranking person in the room. For conflict to happen, this person must be more curious, and listening rather than talking too much. After all, they already know their opinion. The job is to access everyone else’s brains. It is important to understand everyone’s perspective on a subject. Even when it is not in their area of expertise. Some of the best ideas and perspectives come from those people that seem the least qualified to contribute. In every meeting everyone should expect to share and contribute ideas. They should truly be part of the decisions. Our job in meetings is to co-create.

We also need to be vigilant about three types of circumstances:

You can identify politics when people are not speaking their mind. Their body language, tone and past discussions on a subject indicate whether they are speaking up. When people are saying what others want to hear or staying quiet because they are avoiding going against the grain, this is politics.

Key Observation: By making people speak up you help them grow as leaders. You get more and better ideas and break siloed thinking. We want to not only hear everyone, but we also want to understand why they have come to their conclusions.

We must hold the team accountable for achieving company and department priorities and goals. While this is obvious, it is not happening in most organizations and execution suffers. While my client presented the status of priorities and goals, it was a farce, and no one spoke up but me.

First, when leaders presented their metrics, almost everyone one of them was red. Red should be an indicator of poor performance. In an accountable organization when this goes on for too long someone should be fired. When I saw how many metrics were red, I asked “how long they had been red.” The team answered “forever.” Essentially their targets were not real expectations and did not represent reasonable expectations. Targets for the week, month, and quarter for every metrics must represent present conditions. Failure to adjust them accordingly leads to an environment where it becomes impossible to be accountable.

Secondly, this team recently set new priorities and had concluded that the old priorities were too shallow and would not drive needed results. Instead of updating their scorecards they reported on old priorities. Worse, since there were no clear milestones and due date for action steps it was impossible to know whether leaders were on track to complete their priorities. Thus, the priority status update was bogus.

Key Observation: When metrics and priorities are not properly developed it is impossible to hold someone accountable until it is too late.

In conclusion, by having meetings that achieve their purpose, you will be able to grow your organization faster and with less effort. You must properly use time when you hold weekly leadership team meetings. Time is best used solving “big” rather than small issues. Your company would be better off solving one big issue rather than lots of small ones. The big issues relate to quarterly priorities and show up when metrics are below meeting a reasonably high standard. You know that you have hit gold, when you are having constructive conflict and rigorous debate.

If you need further help, then head over to our business coaching page for more information. 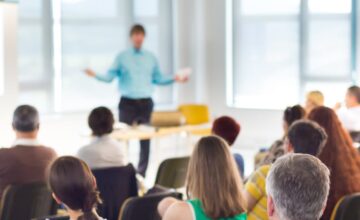